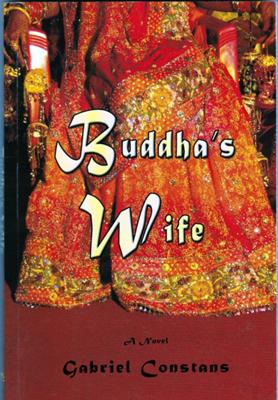 Every so often, a book comes into your hands that touches you – I mean really touches you – deep in your heart. Buddha’s Wife by Gabriel Constans does just that.
Most people know about the Buddha, his travels, teachings and so on. But the author offers us a rare glimpse of Yasodhara, the woman he left behind. When Yasodhara was a mere 16 years old, Buddha left her in the middle of the night to care for their two-day-old son, Rahula, while he went off to find himself. Selfish? Yes. Was Yasodhara bitter? Of course.
One day while seeing Buddha amidst his many rapt followers, she lost it:
“He discarded us like a sack of rocks. For what? …Adoration for a coward – a man who talks about peace, but leaves his family in torment?”
Yasodhara was left to find her own peace and in her own way, she did. Though the wealthy wife of Siddhartha (Buddha), whose father was King Suddhodana, she chose to live a pious and underprivileged life- becoming a saint in her own right.
Gabriel Constans writes with great sensitivity about the pain and suffering of this woman both during her life and as she lays on her deathbed looking back over her earthly existence. But it’s not all misery, as the author lightens the reader’s load with a little female humor graciously sprinkled throughout.
This really is a book that captivates (I read it in two days because I couldn’t put it down!) and fascinates. You can pick up a copy here: http://www.rdrpublishers.com/catalog/item/3473811/6885398.htm