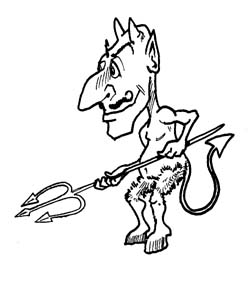 One early morning back in 1994, I sat at my bedroom mirror in my Flamborough, Ontario (now a part of the City of Hamilton) home applying my makeup. I’d just had a shower and gotten dressed, so I was putting on the finishing touches when I suddenly felt dizzy, fell off my chair and simply blacked out.

At the time, I worked for a Dundas, Ontario newspaper but was forced to surrender my driver’s license and take six weeks off for tests. However, I had little time to worry about that because my body suddenly became wracked with pain. Even my fingers and toes hurt but I had no idea what was wrong. Unfortunately, neither did any of the doctors I visited during that time.

I’d always been quite active – working all day and often well into the night covering everything from personal stories to council meetings and hockey games. I was not the type to sit around doing nothing. However, the pain and extreme fatigue I was experiencing forced me to lie down most of the time.

One afternoon as I lay crying in my bed, I heard footsteps come up the stairs. I assumed it was my partner coming to check on me, because he was home and puttering about the house downstairs. As soon as the ‘presence’ entered my room, I knew it was evil. It was as if the air was charged with danger as the entity moved toward me. I clutched onto the bed sheets and prayed, “Dear God, help me.”

That’s when the demon spoke: “Give me your soul and I’ll take away all your pain right now.”

Without hesitation I replied: “I love Jesus, Mary and all the angels and saints, and you will NEVER get my soul!”

The evil entity then turned on its heels and left my room, and I haven’t seen it since. I believe I made my position crystal clear to this demon, so he has no reason to test me again and even if he did, my answer would still be the same.

When I tell people this story, they are often amazed. First of all, they don’t want to believe that demons are real. I ask them: “Do you believe in God and in angels?”

“Then you should know that there is also a negative side that belongs to the devil and his demons as well.”

I was raised to believe in God and the devil. However, I like most people, believed the devil was some made up character designed to guilt me into being good. Like many people, I believed in part of the Bible but not in those things that scare me the most and I did not want to accept that fact.
However, with the advent of the Internet, stories from around the world can now be found about people who have had similar run-ins with the spirits of demons.